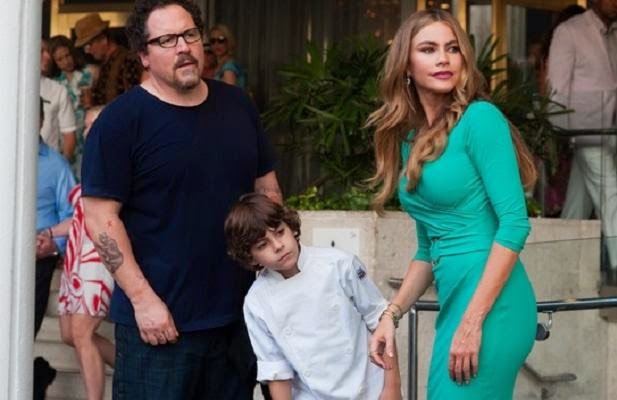 Some of my fondest memories today consist of the time I spent with my father working side by side. Actually, it was not all fun but it gave me a sense of closeness with him, a growing sense of personal mastery with the tasks we completed together and an understanding of what work was and what it meant to be a passionate “working man.”

Last night, on the eve of Father’s Day, I saw the movie “Chef” with Jon Favreau (Elf) playing Carl Casper, a head chef working in a successful restaurant in LA, friends with an ex-spouse but somewhat estranged from their ten year old son.

Carl loves to cook and commands the respect of all the staff who work with him but the owner won’t let him stray too far from the standard menu so his passions are constantly kept in check. Ever been in a situation like that yourself? Carl and a food critic get into a tussle that ends with Carl leaving his long tenure at the restaurant and suddenly finding himself totally broke and on his own.

Carl tries to be the father he feels he never was when living as a family but it takes awhile for his son, brilliantly played by Emjay Anthony to convince Carl that all he wants is to be with his father, learn from him and share in his passion for preparing food, really really good food. And there is something this ten year old already excels at that ends up being a big help in transforming his father’s life….social media.

I don’t want to spoil it for you because I want you to see the movie. It’s treatment of gender relations is surprisingly healthy with two women in Carl’s life only trying to help him live his real passion full out despite old baggage with his ex-wife (Sofia Vergara) and some sexual tension but mostly sweet friendship with the restaurant hostess played by Scarlet Johannson. Neither gives up any of themselves to help Carl believe in himself.
I loved the scenes of male bonding between Carl and his pal from the LA scene (line cook played by John Leguizamo) that more than fortifies the journey Carl and his son travel across country in a food truck and more deeply into each other’s hearts. Not billed as a Father’s Day special, it’s very special and says more about the struggle of many fathers today than most non-fiction I’ve run across. Plus, it has some absolutely gut-splitting moments.

One of the effects of the Great Recession has been dads out of work. One of the side effects has been more dads spending time with their kids, in some cases becoming the primary caregiver at home.

Just this past week the Pew Research Center released a report that 2.2 million U.S. dads stayed at home with their kids in 2010, slipping down to 2 million by 2012 as the jobless rate eased up.
Stay at home dads were defined as those not employed in the prior year and living with children 17 years old or younger.
The largest share of at-home dads, 35 percent, said they were home due to illness or disability. Roughly 23 percent said it was mainly because they couldn’t find a job, and 21 percent said it was specifically to care for home or family.

By contrast, 1.1 million men were at home dads in l989, the earliest year those kinds of data were available. The 21 percent in 2012 who cited caring for home and children as the reason for being out of the workforce was up from 5 percent in l989 to 18 percent in 2007, the start of the recession.
The study states that while unemployment is a factor overall, a convergence of gender roles has made it more acceptable for dads to be caregivers and mom to be responsible for breadwinning, though affluent highly educated dads at home raising children remain a subset.

Despite the phenomenon gaining greater acceptance other Pew research shows 51 percent of the public believes kids are better off when the mother stays at home compared to 8 percent that cited dads.
In the movie Chef, there is worry and concern by mom for the safety and welfare of her child on this road trip. But she also seems to know he is having the time of his life with dad and surrogate uncle.

As in my own experience at age 10 and for Caspar’s son, there are some rites of passage that require a men’s only time, space and place.
Enjoy the movie Chef, while celebrating and supporting more closeness and nurturing between father and son wherever and whenever it can be found.
Posted by Randy at 8:12 PM